Luke and William Kanak Iksiktaaryuk's work could be available for sale at public auction with prices in the range of C$10,000 - C$50,000, or even much higher. 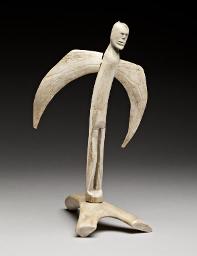 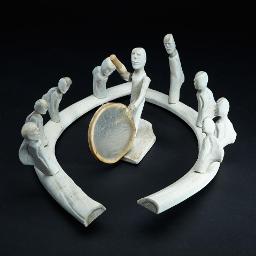 Helga Goetz notes, “In Luke Iksiktaaryuk we return to an artist whose interest is in the life of the traditional community. Detail and motion are kept to a minimum in his figure groups which become skeletal, evocative visions of life as it was. They are frozen in time and space.”

(*) Value is calculated as an average of the top stone sculpture sale records from ArtValue.ca database.
This information is not intended to substitute professional advice.
To estimate the value of a specific artwork created by Luke and William Kanak Iksiktaaryuk, follow some of the advice from our Valuating art page, or contact an art specialist if our automated estimate value is greater than C$2,500.