Gregory Richard Curnoe's work could be available for sale at public auction with prices in the range of C$50,000 - C$100,000, or even much higher. 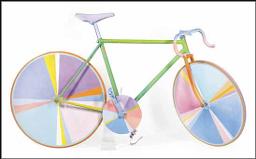 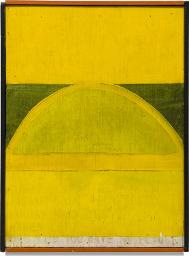 Gregory Richard Curnoe was one of the key figures of the London Regionalism movement that grew out of London, Ontario, in the late 1950s in opposition to the perceived dictates of the major art centres. In 1957, Curnoe moved to Toronto to attend the Ontario College of Art, but was disillusioned with his teachers' formalist approach. After failing his final year of studies, he returned to London, contrite but no less determined to pursue his art practice full-time. Curnoe was very active in his milieu, introducing London audiences to the concept of artist-run centres by co-founding Region Gallery (1962), 20/20 (1966), and Forest City Gallery (1973). In 1968, he and a group of artists initiated the Canadian Artists' Representation, an organization that advocates for artists' rights. Curnoe was influenced in equal measure by Pop art, Dada, and his love of comic books and collectible objects. Deeply patriotic and fiercely hostile to American imperialism, Curnoe faced occasional censorship, namely for his mural Homage to the R 34 (1967-68), commissioned by the Department of Transport Canada for the Montreal-Dorval International Airport. Nonetheless, he went on to represent Canada at the 37th Venice Biennale. In 1992, while out riding his Mariposa bicycle with the London Centennial Wheelers, Curnoe was killed when a vehicle collided with the group.

(*) Value is calculated as an average of the top mixed media sale records from ArtValue.ca database.
This information is not intended to substitute professional advice.
To estimate the value of a specific artwork created by Gregory Richard Curnoe, follow some of the advice from our Valuating art page, or contact an art specialist if our automated estimate value is greater than C$2,500.