Gordon Eastcott Payne's work could be available for sale at public auction with prices in the range of C$100 - C$5,000, or even much higher.

From ArtValue.ca records, the highest price paid at auction for an oil painting work attributed to Gordon Eastcott Payne (1890-1993) was C$2,700 - paid for "Northern Lights - Mcgregor Bay" at Waddington's in Toronto on Thu, Jun 23, 2022.
ArtValue.ca has 23 auction art sale records for their oil painting results, with prices in the range of C$100 to C$5,000. 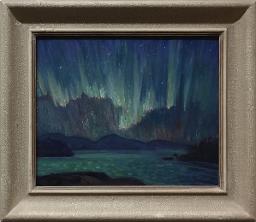 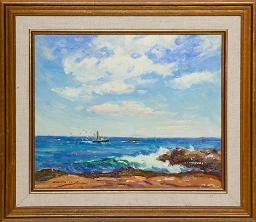 Gordon Payne was born in Payne's Mills, Ontario in 1890. He studied art under Mary Cox at the School of Fine Arts, New York and under George Reid, J. W. Beatty and William Cruikshank at the Ontario College of Art. He worked in oil and watercolour and is best known for his coastal, harbour and marine paintings. He was active in Gloucester, Massachusetts and in Ingersoll, Toronto and Halifax in Canada. He retired to Halifax in 1958. In 1946 he established the Payne School of Fine Art in Toronto. He exhibited with the Royal Canadian Academy. His work is in most major collections in Canada and the United States, as well as many private and public collections around the world. Gordon Payne died in 1983.

(*) Value is calculated as an average of the top oil painting sale records from ArtValue.ca database.
This information is not intended to substitute professional advice.
To estimate the value of a specific artwork created by Gordon Eastcott Payne, follow some of the advice from our Valuating art page, or contact an art specialist if our automated estimate value is greater than C$2,500.