George Douglas Pepper's work could be available for sale at public auction with prices in the range of C$2,500 - C$250,000, or even much higher. 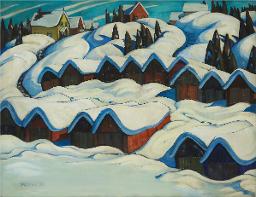 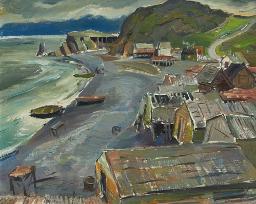 A native of Ottawa, George Pepper studied for four years at the Ontario College of Art in Toronto (1920-1924) and then went to Italy and France to perfect his technique, notably at the Academie de la Grande Chaumiere in Paris. He lived first in Ottawa, and then Toronto where he began to teach at the Ontario College of Art in 1930. He became vice-principal of that institution in 1950. He enlisted in March 1943 as a war artist and served until June 1946.

(*) Value is calculated as an average of the top oil painting sale records from ArtValue.ca database.
This information is not intended to substitute professional advice.
To estimate the value of a specific artwork created by George Douglas Pepper, follow some of the advice from our Valuating art page, or contact an art specialist if our automated estimate value is greater than C$2,500.