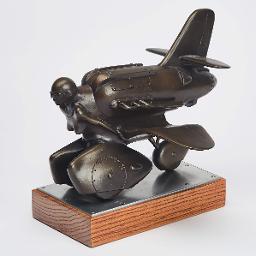 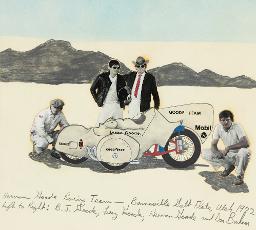 Don Bonham was born in Oklahoma City and, after serving in the US Marine Corps, he enrolled at the University of Oklahoma for Art History. Once he began his career as an artist he lived and worked in Montreal, Toronto, Florida, and New York City. His work has been exhibited across the US, Canada and in Europe. He was appointed to the Royal Canadian Academy in 1997, and was awarded the Alex J. Ettl Grant from the national Sculpture Society for lifetime achievement as a sculptor.

We do not have enough information to calculate an estimated Artist Value for Don Bonham.
To estimate the value of a specific artwork created by Don Bonham, follow some of the advice from our Valuating art page.