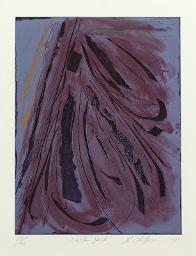 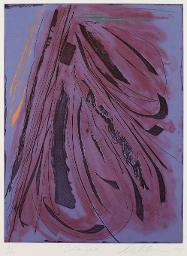 Dan Christensen was an American abstract painter born in Nebraska, USA in 1942. He graduated from the Kansas City Art Institute in 1964 and moved to New York City in 1965. He was represented by important commercial galleries like the Andre Emmerich Gallery, and the Salander-O'Reilly Gallery. He had over 75 solo exhibitions throughout his career, and his work can be found in many important public collections, including Metropolitan Museum of Art (New York), Hirshhorn Museum (Washington), Art Institute of Chicago, Art Gallery of Alberta (Edmonton) and the Museum of Modern Art (New York). Dan Christensen died in 2007, in East Hampton, New York.

We do not have enough information to calculate an estimated Artist Value for Dan Christensen.
To estimate the value of a specific artwork created by Dan Christensen, follow some of the advice from our Valuating art page.