Christopher Kier's work could be available for sale through Art Galleries or at public auction with prices in the range of C$100 - C$5,000, or even much higher.

From ArtValue.ca records, the highest price paid at auction for an oil painting work attributed to Christopher Kier (1959) was C$4,800 - paid for "Untitled Study Xxiii (From The “Topography” Series, 1998)" at Waddington's in Toronto on Thu, Mar 17, 2016.
ArtValue.ca has 34 auction art sale records for their oil painting results, with prices in the range of C$100 to C$5,000. 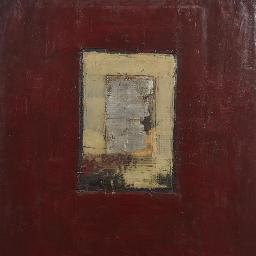 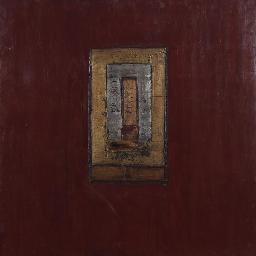 Christopher Kier, born in Toronto in 1959, is a graduate of the Ontario College of Art and Design, Toronto. He is widely respected for his encaustic wax and mixed-media works on both canvas and Mylar. Kier handles this technically-challenging medium with such deliberation and grace that his works take on a remarkable depth and permanence. He is now also working with digital and word-based imagery. While his choice of media has changed, these newer works retain Kier’s iconic signature style and maintain the powerful ethereal sensibility of his encaustic pieces. Kier was a founding member of both the artist group “Bandit” and LOOP, an artist-run gallery in Toronto. He has exhibited in numerous solo and group exhibitions throughout North America and Europe. His work is included in both corporate and private collections in North America, Europe and Japan, including those of Air Canada, Westin, and Nordstrom.

(*) Value is calculated as an average of the top oil painting sale records from ArtValue.ca database.
This information is not intended to substitute professional advice.
To estimate the value of a specific artwork created by Christopher Kier, follow some of the advice from our Valuating art page, or contact an art specialist if our automated estimate value is greater than C$2,500.