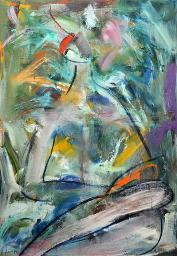 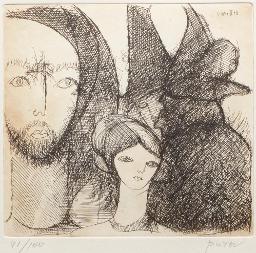 Alexander (Sacha) Putov was born November 9, 1940 in Kamensk, Russia. After graduating university with a degree in architecture, he dedicated himself to painting, sculpture, and engraving. His work was first exhibited in Moscow in 1973. Thereafter, he immigrated to Haifa in Israel where he became a nationalized citizen. Alexandre Putov was first and foremost an expressionist painter, influenced greatly by Russian avant-garde and French Impressionists. His work consisted of deconstructed cityscapes, and mother/child tableaux tenderly executed in acidic colors in the style of and inspired by the traditional Russian iconography so venerated throughout Russia. His works have been exhibited in numerous European countries (France, Spain, Germany) and in North America (USA, Canada), and especially in his adopted Israel.

We do not have enough information to calculate an estimated Artist Value for Alexander Putov.
To estimate the value of a specific artwork created by Alexander Putov, follow some of the advice from our Valuating art page.