American (1946)
Alan Sonfist is an American artist.
From ArtValue.ca records, the highest price paid at auction for a charcoal drawing work attributed to Alan Sonfist (1946) was C$240 - paid for "Untitled (Leaves), 1969" at Waddington's in Toronto on Thu, Oct 5, 2017.
ArtValue.ca has 13 auction art sale records for their charcoal drawing results, with prices in the range of C$100 to C$250. 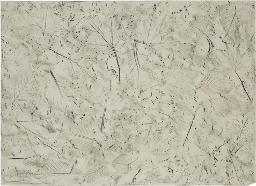 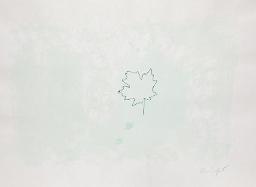 Alan Sonfist was born in New York City in 1946. He is most associated with the Earth Art Movement. He has said "My art presents nature. I isolate certain aspects of nature to gain emphasis, to make clear its power to affect us...". His first solo exhibit was in 1970 and he has since exhibited extensively in the U. S. and abroad. His work is similarly found in collections around the world including the Metropolitan Museum of Art, the Guggenheim and Centre Georges Pompidou in Paris.

We do not have enough information to calculate an estimated Artist Value for Alan Sonfist.
To estimate the value of a specific artwork created by Alan Sonfist, follow some of the advice from our Valuating art page.