Canadian (1923)
Alan Dent Wilson is a Canadian painter.
From ArtValue.ca records, the highest price paid at auction for a watercolour work attributed to Alan Dent Wilson (1923) was C$168 - paid for "Sea Cadet" at Waddington's in Toronto on Thu, Feb 26, 2015.
ArtValue.ca has 3 auction art sale records for their watercolour results, with prices in the range of C$50 to C$250. 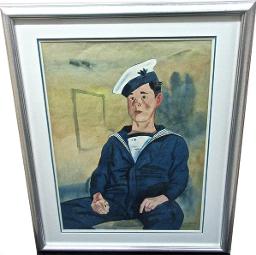 Estimate $200 - $300
Sold for CAD $168
We do not have enough information to calculate an estimated Artist Value for Alan Dent Wilson.
To estimate the value of a specific artwork created by Alan Dent Wilson, follow some of the advice from our Valuating art page.