Horace Champagne's work could be available for sale through Art Galleries or at public auction with prices in the range of C$5,000 - C$25,000, or even much higher.

From ArtValue.ca records, the highest price paid at auction for a pastel work attributed to Horace Champagne (1937) was C$15,600 - paid for "Old Fashioned Winter In Quebec City" at Waddington's in Toronto on Thu, Jun 3, 2021.
ArtValue.ca has 334 auction art sale records for their pastel results, with prices in the range of C$5,000 to C$25,000. 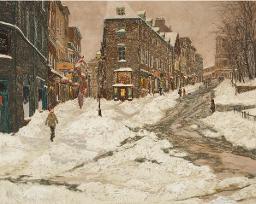 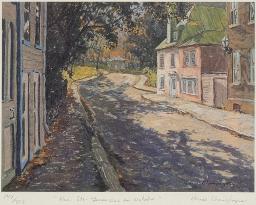 (*) Value is calculated as an average of the top pastel sale records from ArtValue.ca database.
This information is not intended to substitute professional advice.
To estimate the value of a specific artwork created by Horace Champagne, follow some of the advice from our Valuating art page, or contact an art specialist if our automated estimate value is greater than C$2,500.