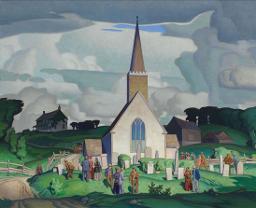 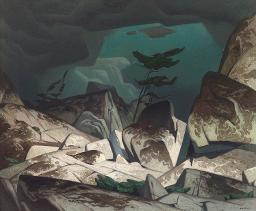 When the young A.J. Casson first took a position as design assistant to Franklin Carmichael at the firm of Rous and Mann, he could not have known the remarkable direction his career would take. The demanding but affable Carmichael became a friend, mentor and sketching companion. In fact, it was Carmichael who introduced Alfred Casson to members of the Group of Seven at Toronto's Arts and Letters Club. The dedicated artist began to exhibit with the Group and became a natural successor to Frank Johnston when he left to pursue other interests.

(*) Value is calculated as an average of the top oil painting sale records from ArtValue.ca database.
This information is not intended to substitute professional advice.
To estimate the value of a specific artwork created by Alfred Joseph (A.J.) Casson, follow some of the advice from our Valuating art page, or contact an art specialist if our automated estimate value is greater than C$2,500.