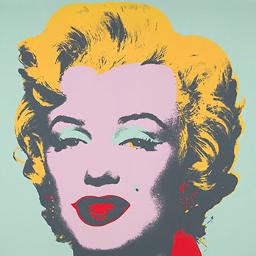 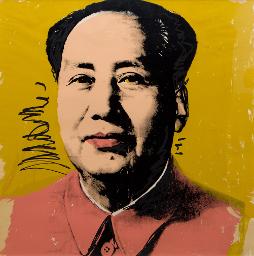 Considered by many to be one of the greatest artists of the twentieth century, Andy Warhol - born Andrew Warhola, in Pittsburgh, Pennsylvania - continues to fascinate and remains the subject of many exhibitions, books, TV series, and films. After studying at the Carnegie Institute of Technology in Pittsburgh, Warhol worked in New York as a commercial artist and became known within the city's art scene for his work in photography, drawing, painting, silk-screening, and film. A key figure in Pop Art, Warhol helped popularize the movement in the US with his participation in the exhibition The New Realists at the Sidney Janis Gallery, in New York, in 1962. Deeply influenced by the mass consumerism and media proliferation characteristic of his times, Warhol would continue to produce work that was intrinsically linked to popular culture throughout his career. His talent as a portraitist was lauded in high society and recognized by many museums, including the Galliera, in Paris, which in 1974 exhibited more than a hundred of his Mao portraits, and the Whitney Museum, in New York, which presented the exhibition Andy Warhol, Portraits of the 70's, in 1979. The Andy Warhol Museum of Modern Art was established in 1991 in his parents' home country of Slovakia; and Pittsburgh's Andy Warhol Museum, founded in 1994, houses more than ten thousand of his works. A truly multidisciplinary art world giant, Warhol's oeuvre continues to be presented in numerous retrospectives in museums throughout the world. He died in 1987 at New York Hospital from complications resulting from gallbladder surgery.

(*) Value is calculated as an average of the top paper drawing sale records from ArtValue.ca database.
This information is not intended to substitute professional advice.
To estimate the value of a specific artwork created by Andy Warhol, follow some of the advice from our Valuating art page, or contact an art specialist if our automated estimate value is greater than C$2,500.