George Henry Millar is an artist.
From ArtValue.ca records, the highest price paid at auction for an engraving work attributed to George Henry Millar was C$120 - paid for "A View Of Quebec The Capitol Of Canada, In North America, 1782" at Waddington's in Toronto on Thu, Jun 21, 2018.
ArtValue.ca has one auction art sale record for their engraving results, with prices in the range of C$100 to C$250. 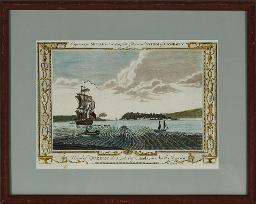 Estimate $100 - $150
Sold for CAD $120
We do not have enough information to calculate an estimated Artist Value for George Henry Millar.
To estimate the value of a specific artwork created by George Henry Millar, follow some of the advice from our Valuating art page.